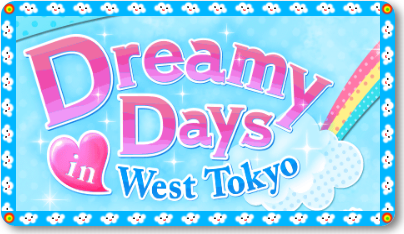 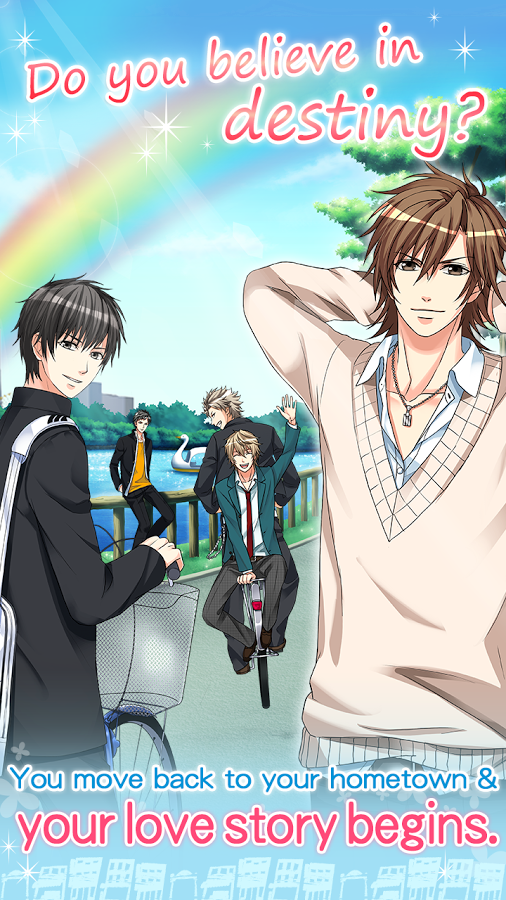 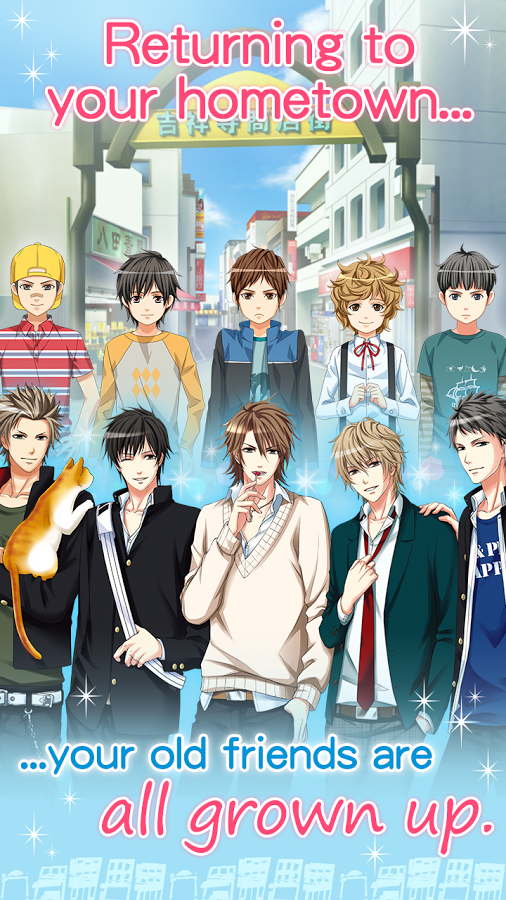 Do you believe in destiny?

You come back to your hometown after a 10 year absence. You run into your old crush, who's all grown up. Going to school together, talking about memories of the past… The two of you are getting closer day by day. You've known him forever. Now experience the thrill of unexpectedly falling for him. 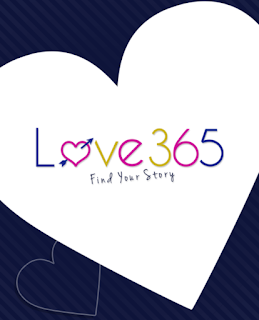 (All Characters, Stories and Pictures belong to © Voltage Inc.)

MY OPINION:
It's a nice storyline - you being childhood friend with a bunch of guys and then suddenly, after not seeing them for 10 years, you fall in love with one of them. Well, at least that's how it was for the 5 "regular guys". I liked how they sleaked in 3 extra characters and even gave them a "I already knew you 10 years before." There were some minor uproars about MC (abour 16 years old) starting a relationship with an adult (Johji, about 30/35), but they worked really carefully around that issue.
I think we all at some point wished, we had such a wonderful romance with a childhood friend. I mean, the childhood friend is a typical member of almost every otome game. So it's kind of a nice idea that they made a game, especially with those childhood friends. ^^
Remember that you can always try the Prologue and the first Chapter of every character for free! 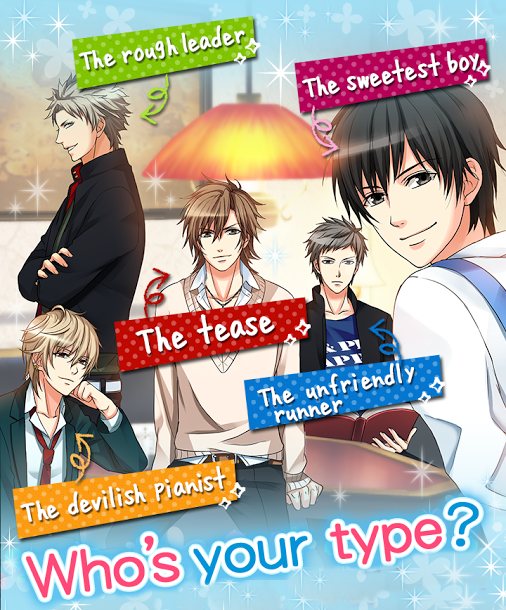 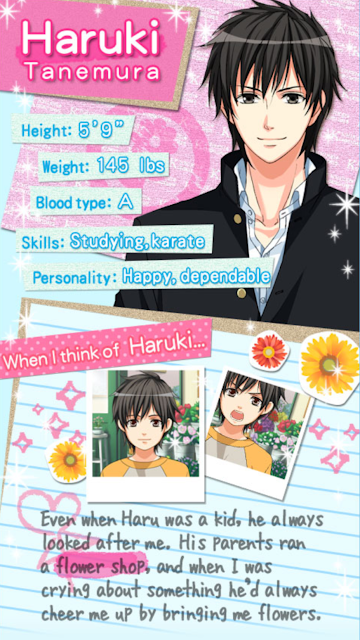 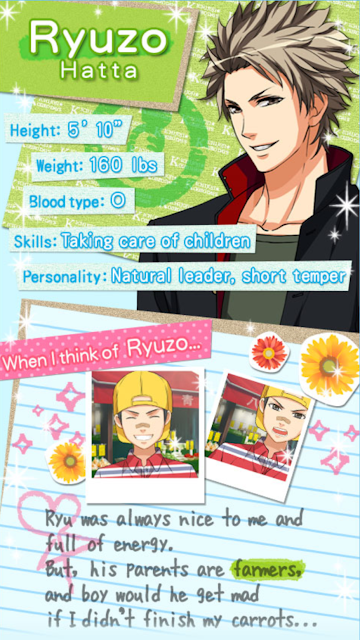 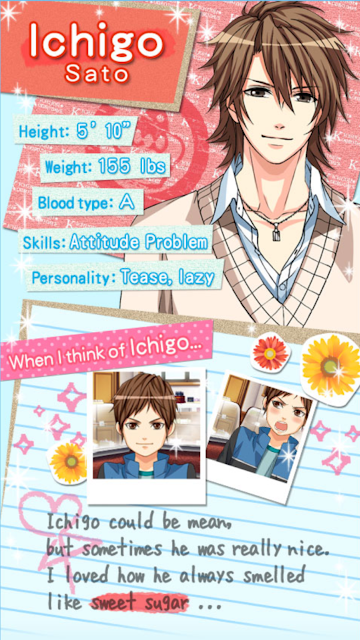 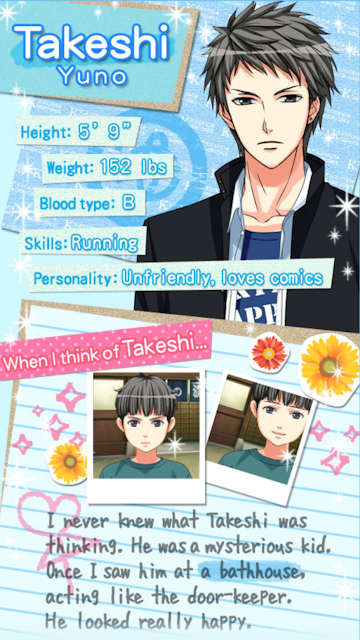 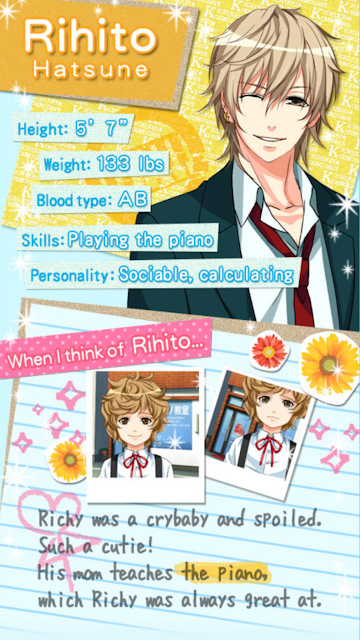 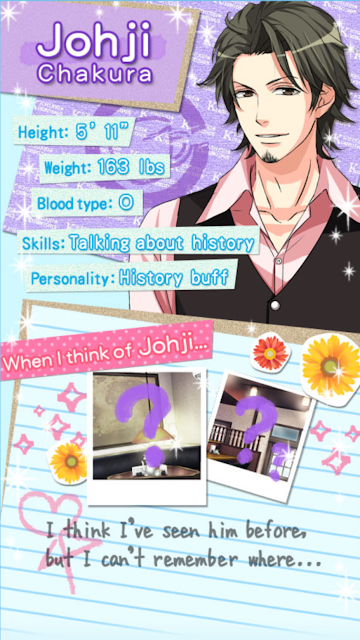 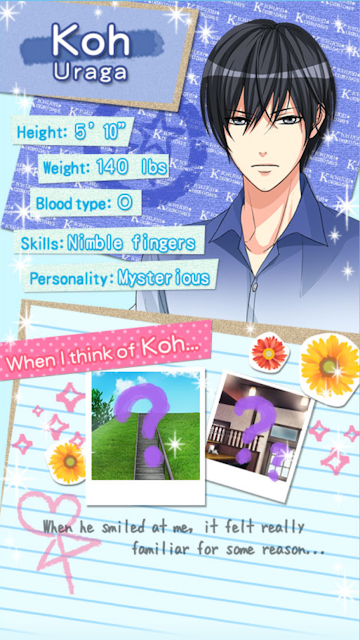 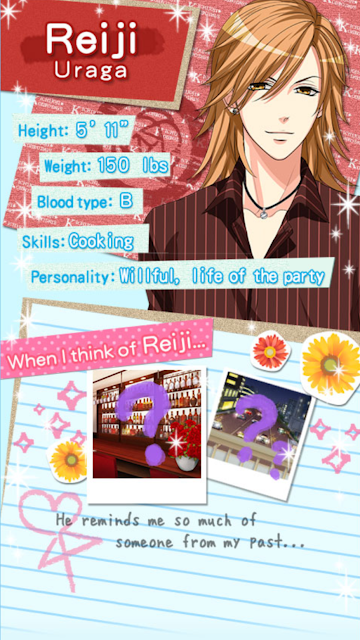 *Note: According to the Voltage Inc/Voltage Entertainment USA "guidelines", I am no longer allowed to post any CG's of those companies. To prevent my blog from getting shut down by breaching their company policy, I'll refrain from posting Voltage Inc/Voltage Entertainment USA CG's that get unlocked during the games. Every picture I posted of their games, was either posted by the companies themselves or is a Screenshot that doesn't contain the CG and thus is within what the "guidelines" allow.
I apologize to everyone who was looking for their CG's. Thanks for understanding! 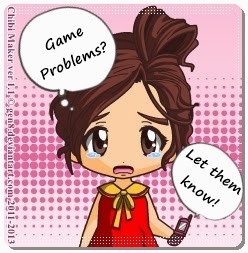 If you encounter a problem:
In case you have problems with the "Love 365" app, click on the sidebar in the game and then on "Error Info", to see if the problem is one that Voltage is currently working on. If you can't find a solution for your problem, click on "Settings" in the sidebar and then on "Customer Support". This will lead you to their Website -> www.hykoi-support.en.koi-game.com

^If you want to support my blog, click here to buy me a coffe. Thanks!

Dear User/Guest, if you have some time, please check out the Credits Page.
I listed there everyone who I wanted to thank for their help with this blog.
Created by Dawn Ire at 4/06/2014 02:42:00 am
Email ThisBlogThis!Share to TwitterShare to FacebookShare to Pinterest
Labels: Dreamy Days in West Tokyo, Haruki, Ichigo, Johji, Koh, Love 365, Main Page, Reiji, Rihito, Ryuzo, Takeshi, Voltage Inc., Walkthrough 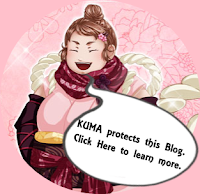 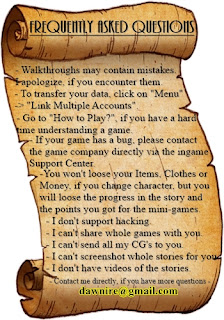 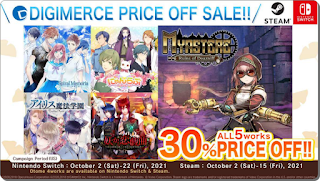 Shall we date? (Paid Version)